The Rate of Road Accidents in Colorado Since Marijuana Was Legalized 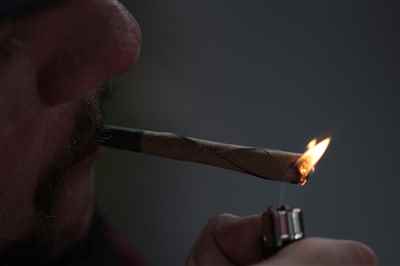 Colorado legalized marijuana in 2012. According to the Denver Post, since 2013, “[t]he number of drivers involved in fatal crashes in Colorado who tested positive for marijuana has risen sharply each year . . . more than doubling in that time, federal and state data show.”

However, while this may lead some people to draw the conclusion that legalization is to blame for the increase in marijuana-related auto accident fatalities, the data actually suggest otherwise. The Denver Post article goes on to state:

“Increasingly potent levels of marijuana were found in positive-testing drivers who died in crashes in Front Range counties . . . . Nearly a dozen in 2016 had levels five times the amount allowed by law, and one was at 22 times the limit. Levels were not as elevated in earlier years. . . . [As a result,] Colorado transportation and public safety officials, however, say the rising number of pot-related traffic fatalities cannot be definitively linked to legalized marijuana.”

Additionally, it is important to keep in mind that, while using marijuana is legal in Colorado, driving under the influence of marijuana is not. In this respect, marijuana is no different than alcohol. According to data compiled by the Colorado Department of Transportation (CDOT) and the National Highway Traffic Safety Administration (NHTSA), in all fatal crashes where at least one driver survived and tested positive for marijuana in 2017, the testing showed that the driver had used within a few hours of being tested — so potentially an hour or less before the accident itself.

Even so, it is indisputable that the number of marijuana-involved accidents has increased since legalization. But, does this mean that legalization is to blame? The truth is that we don’t know; and, for accident victims and families who have lost loved ones, it also doesn’t matter.

“Bodily injury liability” insurance policies — those which provide compensation for accident victims’ medical expenses, loss of income, pain and suffering, and other injury-related losses — cover accidents caused by driving under the influence of marijuana. When there is clear evidence that one driver was high at the time an accident occurred, this will often (though not always) provide a strong claim for liability.

Regardless of legalization, it is still extremely dangerous to drive under the influence of marijuana. Colorado’s “marijuana DUI” law is still firmly in effect, and it is still considered legally “negligent” to smoke or consume edibles and then get behind the wheel. Drivers who cause accidents while they are high deserve to be held legally accountable just the same as those who choose to drink and drive. For accident victims and their families, this means filing a claim for financial compensation — usually with the at-fault driver’s insurance company.

Anyone who has been injured or lost a loved one in an accident involving a driver who was high on marijuana should consult with a local car accident attorney. Dealing with insurance companies in marijuana-involved accident cases can be difficult, and it is important to accurately calculate your current and future losses before considering a settlement.

Numerous Foods Can Help with Impotence