Can Alcohol Cause Kidney Failure

»Automotive»Major Components of an Engine

Major Components of an Engine 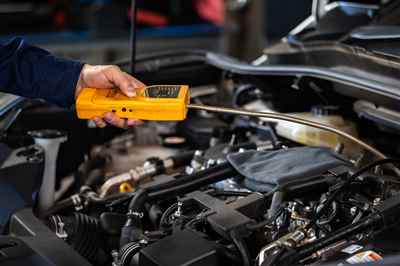 An engine consists of a bunch of big and small components that help the engine convert energy and work efficiently. Although a lot of us assume that the engine is a single auto part. However, it’s a complex auto part made up of several individual components that work simultaneously to make the engine function. From the beginning of its process to transform thermal energy into mechanical energy, the responsibility of each task is distributed among various components.
You may have heard the names of some of these components but when you are in the market for engine repairs or for buying a new or used engine, it’s essential to possess a little knowledge about each of these components. Thus, read on to know a little about the component that makes your smooth drives possible.

Get to Know Your Engine

Engine Block: The engine block is the core of the engine, typically made up of aluminum or iron. It harbors components like piston, crankshaft, camshaft, cylinders. It has several holes to provide water and oil paths to flow through and cool/lubricate the engine.
Head Gasket: Since the engine runs on an internal combustion process, the head gasket acts as a seal between the engine block and cylinder head to avoid coolant from leaking into the cylinders. Such leaks in the head gasket can lead an engine to overheat which is why the correct operation requires no scope for leaks between the engine block and the cylinder head.
Cylinder Heads: The cylinder heads in the engine are made up of valve springs, valves, lifters, pushrods, rockers, and camshafts that control passageways to allow airflow intake into the cylinders and remove exhaust gases through exhaust passages.
Pistons: Pistons are the most important engine component. These are cylindrical with a flat surface. A piston's job is to transfer the energy created from internal combustion to the crankshaft to help move the vehicle.
Crankshaft: The crankshaft is in the lower section of the engine block. It is connected to the pistons through the connecting rod and is operated in a way that it moves the pistons in an up and down motion into a reciprocal motion, at engine speed.
Timing Belt/Chain: A timing belt or chain is one of the internally lubricated parts. The timing belt/chain is made of heavy-duty rubber with cogs to grasp the pulleys from the camshaft and crankshaft. It synchronizes the camshaft and crankshafts to ensure the precise timing for the engine so that it runs properly.
Conclusion
An engine is a complex engineering piece with a lot of components at work to help a vehicle smoothly. With so many components and mechanisms, every engine is vulnerable to mechanical failure. Hence, in such circumstances when you find yourself looking for used engines for sale, it is best to educate oneself about the anatomy and working of an engine to stay on the safer side.

What are the benefits of digital marketing