Is It Too Late For Healing

»Other»10 Most Lethal Insects in the World

10 Most Lethal Insects in the World 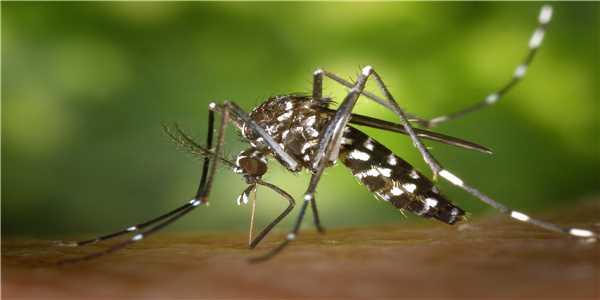 Scientists have identified over 900,000 species of insect, but they estimate there may be as many as 30 million species. Insects may also make up a staggering 80 percent of the world’s species. While some insects, like butterflies, are beautiful, and some, like the ladybug, are helpful, some are lethal. The ten below are considered the deadliest in the world.

The bullet ant (Paraponera clavata) is the biggest ant in the world and can be over an inch long. It got its name from its extremely painful bite that is said to feel like a gunshot wound. The ant’s bite is 30 times more painful than the sting of a bee or wasp, and the pain lasts for 24 hours. Bullet ants live in Central and South America.

Fire ant is the common name for several species in the genus Solenopsis. They are native to South America, and their bite causes a painful burning sensation. It can also cause anaphylactic shock in some people. The red imported fire ant (S. invicta) is an invasive species in several countries, including the US.

Driver ants or siafu are a genus of army ant called Dorylus, and there are over 60 species, which live in Africa and Asia. They live in massive colonies with over 20 million individuals. Their bites are painful and can cause anaphylactic shock.

Fleas are small parasitic insects that make up the order Siphonaptera, and there are over 2,000 species. One of the most lethal is the Oriental rat flea (Xenopsylla cheopis), which is the main vector or carrier of the bacteria that causes the bubonic plague. During the middle of the 14th century, the bubonic plague killed between 350 and 375 million people or ¾ of the population of Europe at that time.

Also known as the killer bee, the Africanized honeybee is a cross between the African honeybee (Apis mellifera scutella) and several subspecies of European honeybees. They are known for their aggression and persistence; a swarm of bees may follow a target for over a mile, stinging repeatedly. Their huge colonies can contain 80,000 individuals.

The aptly-named Asian Giant Hornet (Vespa mandarinia) is the world’s largest hornet; a queen can be two inches long and have a three-inch wingspan. Its venom causes excruciating pain. The Asian Giant Hornet lives in the tropics of eastern and southeastern Asia. Every year, 30 to 40 people in Japan die from hornet stings.

The European honeybee (Apis mellifera) sting can cause fatal anaphylactic shock in people who are allergic to their venom. In Australia, the honeybee is also considered both an invasive species that is outcompeting native bees and the second-deadliest venomous animal after the box jellyfish.

Also known as assassin bugs, kissing bugs consist of 130 species, most of which suck blood. They owe their name to their penchant for biting sleeping humans around the lips. After feeding, they often defecate and thus transmit a parasite called Trypanosoma cruzi that causes Chaga’s disease. Every year, 45,000 to 50,000 people die from kissing bug bites. Kissing bugs are native to South America, Central America, and the southern United States.

The tsetse fly is native to central Africa. There are at least two dozen species in the genus Glossina. The tsetse fly is the primary vector of Trypanosoma brucei, a parasitic protist that causes sleeping sickness. The disease kills about 250,000 to 300,000 people every year, and it is invariably fatal without treatment.

The mosquito is considered the world’s deadliest insect because of all the diseases it transmits, including yellow fever, dengue fever, malaria, and the Zika virus. There are over 3500 species of mosquito, and they all belong to the family Culicidae. Because of the severity, enforcing mosquito control is becoming increasingly important.

Male mosquitoes are harmless and feed on plants, but female mosquitoes suck human blood to feed their eggs. The genus Anopheles is considered the most dangerous, for it can carry the parasites that cause malaria – and that disease killed over 400,000 people in 2015 alone. Mosquitoes in the Aedes genus are the ones that transmit the Zika virus. The mosquito’s threat is only expected to increase as the planet gets warmer; they are tropical creatures and will thus expand into new habitats.

Beauty Makeup Kit - Your Treasure to keep that Party Look